A month or so ago I was delighted to be sent newspaper cuttings and letters about Thomas Wain MBE a member of the well known Wain Family from Skips Lane, who in 1935 were to create a very successful boat building and hire business on the canal at Christleton. Thomas, who moved here in 1914 was a Coal Factor in Cheshire and North Wales, selling bulk coal to merchants, and came from a family who were also Managing Directors of Chatterley Whitfield Colliery in Stoke on Trent. Thomas put his knowledge of transport to good use when forming the Transport Branch of the British Red Cross in 1915. He was just one from the many local families who were helping serve their country in some way. In 1914 Christleton women formed a Voluntary Aid Society which met weekly at the Institute making things for the men on the front, or sending food parcels to the troops and prisoners of war. They also served as voluntary nurses in the Red Cross or St John's Ambulance Brigade. Several wealthy local families offered their vehicles to transport injured troops between hospitals or to give them an outing as a treat. Children from the schools were not to be outdone and made garments, collected eggs and fruit, which were also to be distributed to the local hospitals. Although the war seemed a long way away, it was something very close to the hearts of the community. Thomas Wain clearly wanted to serve, and this is his story.

"The Red Cross transport branch was formed by Commandant Thomas Wain in June 1915 and mobilised on 21st July 1916 to deal with the transport of sick and wounded soldiers in Chester district. The area was eventually enlarged when the Chester War Hospital opened to include all the auxillary hospitals within the radius extending from Chester to Parkgate, Northwich, Nantwich, Malpas and Rossett, also hospitals at Wrexham, Holywell, Llandudno, Llanfairfechan and other convalescent hospitals in North Wales. The detachment during the period of its establishment undertook 25,711 journeys, carried 74,841 patients and staff covering 327,419 miles, and met 119 ambulance trains. It started with two ambulances, but this number quickly increased, and twelve were stationed at the Depot, Thomas-Street Drill Hall. In addition to these, there were five privately owned stationed in the city, and five in the adjoining districts, which were available at all times for ambulance trains, making a total of 22. The meeting of ambulance trains formed only a small portion of the work, as the patients had to be transferred from the Central Hospital to the various Auxiliary Hospitals and vice-versa. Further all the transport in connection with wounded officers at Eaton and Hawarden was undertaken, and, from May 1918, that in connection with the Military Hospital, Castle Street. Soldiers taken sick within a radius of 25 miles of Chester having to be brought in to Chester War Hospital, In addition, for a considerable period up to Christmas last, arrangements were made every Saturday evening to take home any overseas men on leave who had no train connection, and would otherwise have been stranded at Chester for hours, and in many cases until Monday morning. The transport work increased so much last year that it was necessary to have six ambulance drivers, who voluntarily gave the whole of their time, daily on duty.

Commandant Wain has for the past three years practically devoted the whole of his time to the work, and early in the year the King conferred on him the honour of the order of Member of the British Empire. The whole of the work has been voluntary, and in addition to those who have so loyally devoted the whole of their time to it, and the gentlemen who so kindly and freely lent their private cars to assist in the great work day or night, the drivers of their cars, and all members of the detachment, who ungrudgingly answered the call when required, and frequently in the middle of the night.” The letter below shows the great regard the Military at Western Command held of Tom Wain.

"Now that the Chester War Hospital is practically closed, I wish to thank you for the wonderful work your Transport Section has performed. It has been invaluable, and one has never felt anxiety as records transport etc of sick and wounded; all the demands have been promptly met. Mr. Wain has been indefatigable in supervising the arrangements, which have been so eminently satisfactory. I assure you the very valuable assistance your branch has rendered is fully appreciated, and the work of all concerned has been of the highest standard" - A.P. Blenkinsop, Maj.-Gen, D.D.M.S., Western Command

Chester Chronicle Newspaper Report
With thanks to Mrs Sarah Swallow, Tom's great grand daughter for sending me this story. 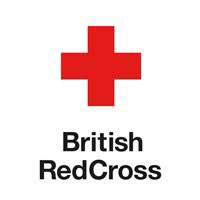 The Poppy Wreath War Memorial on The Village Green

Three years ago the Parish Council Commissioned Forge Master Andrew Smith from Tattenhall to create a new Poppy Wreath Sculpture to Commemorate the Centenary of the end of WWI. The aim was also to recognise the 51 men from the Village who fell during the war, or who died of their injuries soon afterwards and are buried in the churchyard in Commonwealth War Graves. The original Village War memorial on the Church Green completed in 1923 has 39 names. Research by the Local History Group for the Christleton Great War Stories Book uncovered 12 more names of men from the village who died. When the new Poppy Wreath memorial was completed the men’s initials were painted onto a poppy, but now Christleton Local History Group has funded two unique metal plaques which give the names and regimental details of all the men who died. This enhances the memorial and the story of the men who fell. Alf Croston placed a fresh flower wreath at the foot of both memorials on Remembrance Day 2020 on behalf of the Community.