Looking back in history through time is very interesting, especially here in Christleton from the period at end of the Great War, now over 100 years ago, when you learn about the decisions villagers were confronted with. This was a time when the whole parish felt low, many had lost loved ones, several men were prisoners of war, others just “missing”. “How to commemorate the end of the war”, or “What should be done to create a lasting and permanent memorial to the fallen”, were just some of the issues discussed. Rector GMV Hickey who had carried the Parish through these troubled times, visiting so many grieving families and conducting so many memorial services, led the discussions, together with representatives of the Church, the Parish Councils, members of the Institute, and villagers. After lots of heated debate as to the site of a proposed Memorial Cross, it was eventually agreed to fund a red sandstone cross and that it was to be placed on the Church Green, adjacent to the lychgate, and be visible to all who came through the village. This was done very swiftly by public subscription, and the new memorial erected on April 25th 1920, even before the National Cenotaph of Remembrance in London later that year. 39 names were inscribed on the memorial, but years later we have discovered that there were at least 51 names that should have appeared. There were clearly problems then, as the names on the Church Wall Memorial, the War Memorial itself, and a memorial board in the Institute, do not match, which is a great puzzle to us today, and cannot be solved a hundred years later. We have however, by researching on the Commonwealth War Graves Commission website, in local newspapers of the day, and family archives, been able to correct some of the missing details. It is impossible to correct the wrongs of the past on the original memorial cross, but a new WWI Memorial, designed by a local blacksmith, and promoted and financed by the Parish Council, the Local History Group, and interested parties in the village, serves to bring the list of the fallen up to date as we know it today, and commemorates 51 names rather than the original 39. This is now situated on the Village Green.

Drama was to unfold in 1928, when strong winds in a great storm, blew down the original sandstone memorial, and it wasn’t until a year later with yet more financial support from villagers, that the memorial was repaired. It looks from photographic evidence that the base we see today is the original one, and that it was the sandstone column and crown that were badly damaged, and were replaced. This is the memorial we see today, which has the addition of a plaque to commemorate the men who fell in WWII 1939-1945. Inevitably fewer names are on this plaque, just nineteen in fact, but a recent search of the churchyard has found another young man from Great Boughton, who died in 1944, who should now be included on this list.

Since 1923, the Churchyard has also seen the burial of 8 servicemen who died of injuries received in battle, in the years after the end of the war, in graves paid for and erected by the Commonwealth Graves Commission. Six of these have the traditional style of CWGC gravestones seen in graveyards all over the world, but interestingly we have two other memorials, quite distinctive in style, which are listed as being supported by the CWGC. I have also identified with small wooden crosses, graves in the churchyard where men who died in both WWI & WWII, are now remembered with other members of their family in Christleton, although buried in graveyards all over the world. Since 2019, the Churchyard has been recognised as having Commonwealth Graves, with a green plaque placed adjacent to the lychgate.


Remembrance Day in Christleton Parish is commemorated on the Sunday nearest to the 11th November at St James Church, and representatives of the Church, the Royal British Legion, our Local Parish Councils, Youth Organisations and members of the Community parade through the village, and stand around the War Memorial to commemorate the fallen of both World Wars. It is always a moving occasion, and in recent years after a short parade through the village, we gather around the Lychgate at 10.45am to enable us to be part of the National Commemoration at 11.00am. Wreaths are laid, the names of the fallen are read out, prayers said, and flags of the organisations lowered as the last post is played. Two minutes silence is followed by reveille, and the congregation go into church to complete the traditional form of the service familiar to villagers of all generations. The pictures below highlight some of the people and features of our village commemoration. The late Joe Bowers & his wife Eileen are illustrated. Joe always proudly wore a Croix de Guerre on his right lapel together with his collection of WWII service medals. He was one of the bravest of the brave, an explosives expert, serving with several Commando Groups in almost every major campaign during WWII. He survived, but came every year to remember with pride his fallen friends and comrades.

Sadly this year there will be no member of the Lewis Family to carry the British Legion standard, as Brian who had carried the Legion Standard with such distinction over the years passed away suddenly in 2020. He is pictured below, as is Joe Bentley grandson of Ben and Jean Williams who played the last post for us for many years. I have also included some of the images from the Christleton Great War Project, as this has been a very successful project, culminating with the publication of our Christleton Great War Stories Book, financed by the Heritage Lottery Fund.

It was through our successful collaboration and research with the Christleton High School History department, that four students and their teacher were invited by the Western Defence Organisation, to travel to London to lay a wreath at the Cenotaph in London on Remembrance Day 11th November. This was a great honour for the youngsters, the school and the project, and it took place several times, between 2015-2020.

One of my own highlights was to be part of the St James’ Choir conducted by organist Steve Roberts, which sang the Agincourt Song “Non nobis Domine” from the Film score of Henry V at the Remembrance Service in 2014. This was also the service where five young people from the village, Lawrence Hirst, Luke Disley, Sophie Brown, Joe Bentley and Isabel Holland read stories about five young men from the village who perished in that great war. They were almost the same ages of the lads that fell, a poignant reminder of how brave our young men were, when their country called.
“We will Remember Them”

LISTEN INSTEAD OF READING 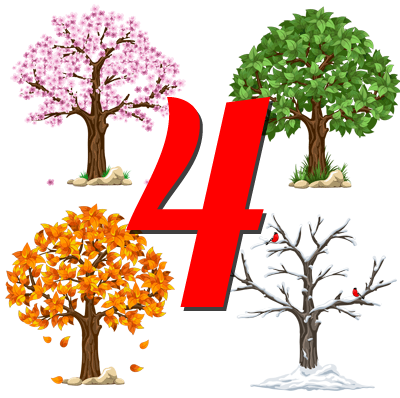 They shall grow not old, as we that are left grow old: Age shall not weary them, nor the years condemn. / At the going down of the sun and in the morning, We will remember them