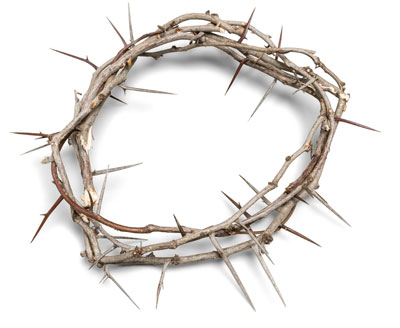 The Chester City Passion which took place on Good Friday was an amazing event, promoted by Chester Mystery Plays, Theatre in the Quarter and Churches Together in Chester, presenting a dramatised “Way of the Cross” from the Chester Mystery Plays. Thousands of residents and visitors walked with the actors through the city streets, as they so graphically told the story, moving from the Eastgate, which became the entry into Jerusalem for the day, to Calvary and the Crucifixion at the Cathedral. The event directed by Matt Baker from Theatre in the Quarter was a stunning success, and you could feel the mood of the crowd as it pushed through the streets to get a better view, and perhaps be part of the action, as it might have done almost 2,000 years ago in Jerusalem.

Jesus, played by Nick Sherratt, and his disciples were led through Eastgate Street by Doug and Meriel Cashin and their donkey Lucius. Children waving palms surrounded the procession as it moved towards the Cross, and the scene of The Last Supper which took place on the Rows. The cheering palm waving crowd suddenly became silent as the well known biblical events unfolded before them. After the sharing of bread & wine between Jesus & the disciples, the procession moved along Northgate Street to the corner of the Town Hall Square, which became the Mount of Olives. The mood of the crowd changed completely again as the whipping of Jesus and his Trial took place on the steps of the Town Hall before Pilate, played by the imposing Nick Fry. The story then moved on to its conclusion, as the Roman Soldiers and the key figures pushed their way through the pressing crowds to the site of the Crucifixion outside the Cathedral, where three stark crosses stood empty.

The crowd in front of the Cathedral Square now numbered thousands, and everyone, men, women and children, fell silent to witness the final dramatic pieces of the story taking place outside the West door. The dramatic silence was broken only by the choir singing the beautiful song “Yet Hope I” by Matt Baker. I think it was one of the most moving events I’ve ever seen in the city and it was so beautifully told by Matt Baker and his team, made up of community actors & musicians from Chester Mystery Plays, Theatre in the Quarter, church choirs and children from Chester Schools. It is hoped that this will become an annual event.