Commemorated on the War Memorial, Church Memorial at St James’ and Christleton Institute Memorial Board
A Memorial Service for Cecil held at St James’ December 1918

Name:
Cecil Wright
Residence:
Christleton, Chester
Born:
1891
Enlistment Location:
Chester
Regiment:
King's (Shropshire Light Infantry)
Battalion:
10th Battalion
Rank:
Private
Service Number:
230889
Death Date:
9 November 1918. Age 27 years
Death Location:
France & Flanders
Buried:
Etaples Military Cemetery
Type of Casualty:
Died. Possibly of Spanish Flu
Theatre of War:
Western European Theatre
Commemorated:
Commemorated on the War Memorial, Church Memorial at St James’ and Christleton Institute Memorial Board
A Memorial Service for Cecil held at St James’ December 1918
Cecil was born in 1891 and was working on the family firm of builders, living in Quarry Lane, Christleton. Although he joined the Cheshire Yeomanry (the territorial cavalry) he spent most of his service serving as an infantry soldier in the Middle East. The Cheshire’s merged with the 1st Shropshire Yeomanry to form the 10th Kings Shropshire Light Infantry in March 1917. His cause of death is given as died, which is different to killed in action or died of wounds. It usually means that the soldier in question died of illness rather than some form of enemy action. As he was buried in Etaples he was being treated at largest hospital complex on the western front, and given the date, it is possible that he succumbed to the Spanish Flu. Either way he died two days before the last day of the war. 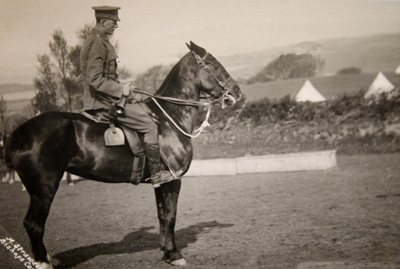 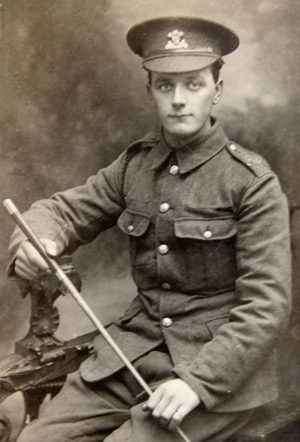 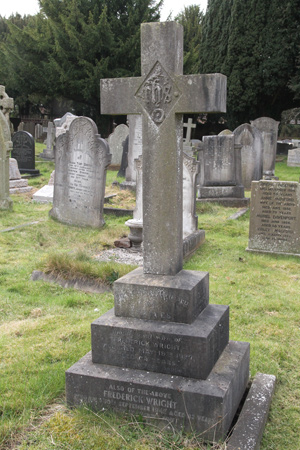 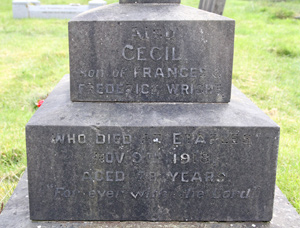 He went out with the Cheshire Yeomanry and passed through Egypt & Palestine, then transferred to France. He was pressing forward in the centre of the action when he contracted an illness which caused his death. A modest unassuming, self- respecting young man, and a faithful churchman.
The Rector of Christleton Revd. G.M.V. Hickey 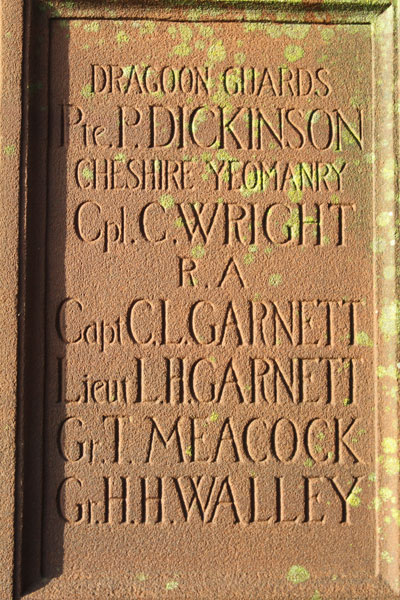 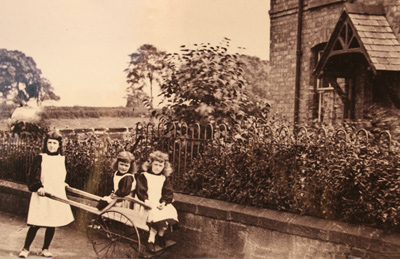 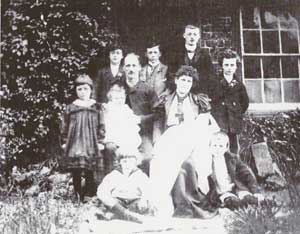 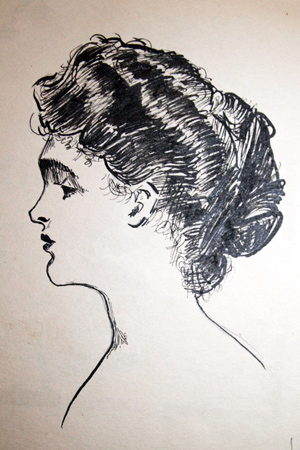 In 1911, Cecil was a 20 year old bricklayer living at home, The Cottage, Quarry Lane, Christleton with his parents Frederick 50 years a joiner born in Chester, and Frances 47 years also born in Chester. They had been married 26 years and had ten children of whom nine were living. All the children were born in Christleton. 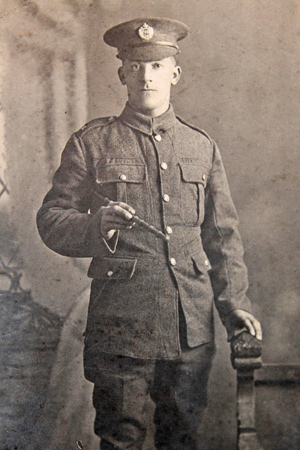 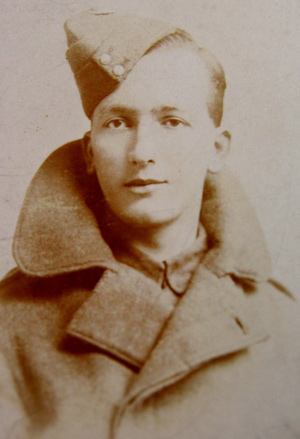 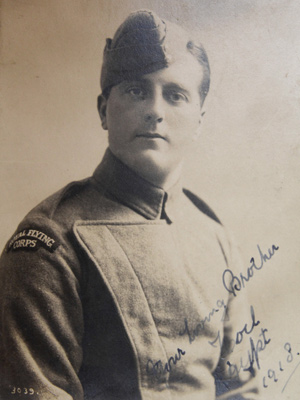 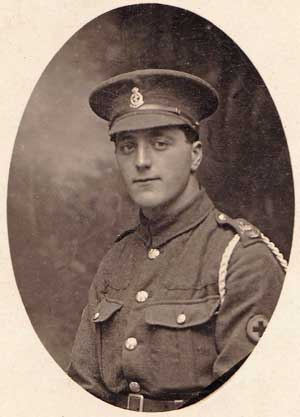 Deeply regret to learn that another well known and highly esteemed Christleton lad has passed away in France. On Friday last week- a telegram was received by Mr Fred Wright of Quarry Lane, from an American Hospital stating that Corporal Wright had been admitted suffering from flu and on Wednesday last official information from the Record Office in Shrewsbury was received by his parents stating; your so passed away on 9th November from bronchial pneumonia. Corporal Wright was 27years of age & 2nd of five sons who all joined up on the outbreak of war. He was an ex member of the Eaton Squadron of the Cheshire Yeomanry. Corporal Wright re-joined his old regiment and went out to Egypt. He came home in August on leave, on expiry of which was drafted to another front.
Prior to the war he was a bricklayer by trade having served his apprenticeship with Messrs Vernon & Sons of Chester. He was a valued member of Christleton Young Mens club and Institute and a general favourite in the village. Geniality and good nature making him popular wherever he went.