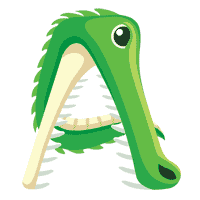 couple of months ago Beryl and I had the wonderful opportunity to spend 2 days exploring the famous Kruger National Park in South Africa. I thought I would share some of the images I took with you, the animals this month followed by some superb bird sightings next. The most extraordinary thing about visiting such a park is that it’s the animals which have priority, and you are just guests. You literally do see zebra crossing the road, or a herd of elephants crashing through the undergrowth, or a crocodile slowly emerge from a pool. Just to see a pride of lions hunting impala oblivious of you being just a couple of metres away, was just mind blowing. We set out at 6.00am in our ranger driven vehicle when the temperature was not that far off freezing, and within minutes had seen hyena, white rhinoceros and a warthog. Ten minutes later we saw our first lion, yawing after a good nights sleep, followed shortly afterwards by a lion and three lionesses clearly on the hunt for a lone impala. The four lions, all in prime physical condition were striding along the road, totally unaware of the five or six vehicles from which people were watching their every move. At one point I was no more than 5meters away from a lioness, as you can see from the close up picture of its head, but from the safety of our vehicle. One of the best points to see a variety of these wonderful creatures together in the Park is at a water hole, and although we were at the very beginning of spring and the vegetation low, we were able to see a number of good water holes during our stay. At one we saw 5 giraffe stride across an enormous dry river bed, towards a small water hole where plains zebra and impala were drinking. Suddenly we saw a wonderfully camouflaged crocodile slowly become interested, and when two huge buffalo joined the action it slipped into the water unnoticed, and from our high vantage point we could see the croc slowly swimming underwater towards the buffalo. Suddenly a warthog came crashing out of the undergrowth, and dashed across in front of us. Our eyes immediately quite naturally followed it towards a small rivulet where a huge saddleback stork was feeding. I’ll talk about this fantastic bird next month but it was so big, over 2m tall, our eyes were just drawn to it. When we turned back to the original scene the croc had disappeared, as had the plains zebra, giraffe and buffalo.

On route to a similar water hole later that afternoon, we saw a leopard just lying in the sun at the side of the road, followed by the scene of a herd of elephants, good number of hippos, several crocodiles, buffalo, kudu, eland, impala, plains zebra and wildebeest, all sharing this very secluded spot alongside a deep water pool. The site was marked on the map by the name Panic Pool, and I guess this is what would happen if some of the creatures interacted with each other too closely. A troop of chattering baboon’s appeared in the trees over our heads, and they were even more obvious close to our hotel, situated inside the reserve, when they would try to steal sugar from outdoor dining or coffee tables.

The Kruger National Park is the size of Wales, so our exploration was confined to an area around the Sabie River, the Lebombo Mountains and nearby Mozambique. There were several refuges where you could have a comfort stop and purchase food, but even these were full of surprises, with excellent views over the river and marshland where animals roamed completely freely. Our favourite stopping place was the Skukuza Camp, where there was so much to see and to enjoy. The rangers we met were very informative, and had great eyes to spot the wildlife which in most cases were well camouflaged in their natural surroundings. Although there are problems with poaching of rhinoceros, parks like the Kruger seem to have a good animal population. The last census of the KNP revealed that there were 9,000 wilderbeest, 37,000 buffalo, 28,000 zebra, 120 cheetah, 4,000+ crocodile, 460 eland, 13,500 elephant, 8.000 + giraffe, 3,000 hippopotamus, 152,000 impala, 1000 leopards, 1,700 lions, 150 Reedbuck, 300 nyala, 400 antelopes, 4,900 waterbuck, 5,000+ hyena, 4,000 warthog and 120 wild dogs.

The numbers of rhino are not reported due to poaching. We were however really privileged to get so close to so many wonderful creatures. When you visit the zoo as we do frequently you see the animals in comparatively large enclosures and get close up sightings, but the experience and excitement of actually seeing them in their native habitat, at very close up range was just extraordinary. It was a real delight and privilege to do so. I hope you enjoy these pictures taken during our visit. I will be giving a presentation about The Wildlife of the Kruger, Garden Route & Table Mountain National Parks in the Parish Hall at 7.00pm on Saturday 23rd February, in aid of the Jennie Marsh Trust, which is building a school in Uganda.

Visit to the Kruger National Park